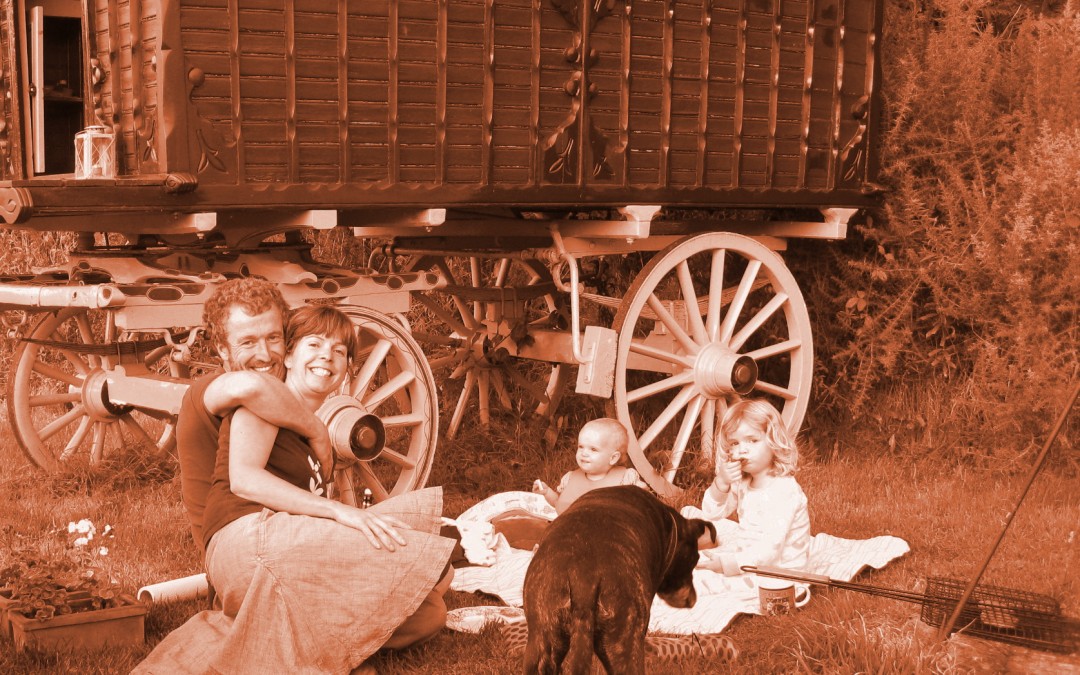 Contrary to popular belief, gypsies only began using waggons from the mid to late 19th century and would have earlier lived in tents, using carts to carry belongings. The Romany name for a gypsy waggon or caravan is a ‘vardo’. They were typically commissioned by a newly married couple who called upon a specialised coach-builder and collectively these made up the well-known, six types of waggon.

Our ‘vardo’ was purchased in 2009 as a project in the making. It’s previous owner was unable to renovate the wagon as she hoped for and it came with very little history to paint a picture of it’s past and also it’s future in terms of honourable restoration. It is similar to a Burton in structure but less ornate and with unique features that can attribute it to no particular coach-builder.